Enter below for a chance to win one of twenty-five hardcover copies! 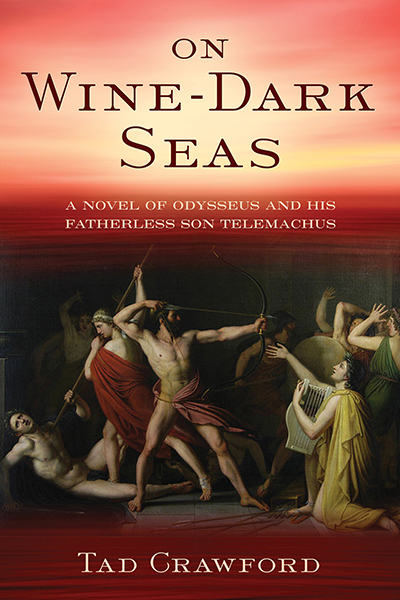 A masterful continuation of the journey of Odysseus after he returned home from his odyssey.

Here is a brilliant recounting of the life of Odysseus after his safe return to the island of Ithaca, his wife Penelope, and his son Telemachus. Countless readers have thrilled to the adventures of Odysseus in The Iliad and The Odyssey, but what further adventures awaited him after his ten years of war and ten years of wandering?

Narrated by Telemachus to the bard Phemios, On Wine-Dark Seas speaks of the human drama of a man gone twenty years from home and family, a man who saw Troy on the night of its destruction, a man who lives the special quest which is his destiny. In probing the inner journeys of a son and father separated twenty years who must come to terms with each other and their ruthless slaughter of the suitors of Penelope, it reveals the doubts and joys of Odysseus, Penelope, and Telemachus.

As Telemachus tells Phemios: “My father will be known to the future not as the man he was, but as the man of whom you sing. Often at Troy he called himself ‘the father of Telemachus,’ so I too have a part to speak in his story. Wealthy men can pay some poets to chant a story first this way, then another. I cannot offer you wealth to hear me, but only the truth I know.”

The novel is a masterful recreating of the ancient mind, the landscape of Greece steeped in mythos and the gods, and the human dramas of characters made famous for all time by The Iliad and The Odyssey.

“A towering triumph of poetic imagination. . . . as entertaining and compelling as the epics were to the Greeks of old.” —CHRISTOPHER VOGLER, author of The Writer’s Journey: Mythic Structure for Writers

"Odysseus changes from myth to man, from absent and fearless adventurer to challenged father in this stunning and wise story of his return to Ithaca, his slaying of the suitors, and his last years. A compelling, original, and brilliant novel. You ’ll never forget it.” —NICK LYONS, author of Fire in the Straw

“Crawford captures the essence of myth. Unfolding his story from the inside out—as if something magical is being born—he uses the timeless Trojan Cycle from which Homer shaped The Odyssey to paint the challenges of Odysseus’s life on Ithaca with grown son, aging wife, and the relatives of the slaughtered suitors. Passionate and wise, this is a novel to savor.” —DANA C. WHITE, PhD, Host/Producer of The Myth Salon

“Read it aloud, so that it immerses your ears and engages your tongue with sounds uncommonly heard these days but sounds that carry a clarion call to what we have lost from the past but sorely need for the future. Bravo!” —RUSSELL LOCKHART, author of Psyche Speaks and Words as Eggs

“Heroes and legends, fathers and sons, long journeys home, and then what happens after. This is a meticulously researched, felt, and necessary exploration of a forgotten and unexplored corner of what might very well be the greatest and most enduring story ever told.”  —CHRISTOPHER COSMOS, author of Once We Were Here 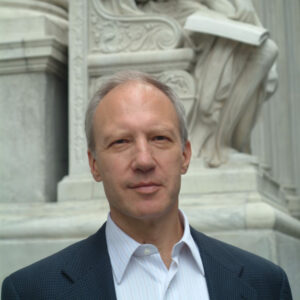 TAD CRAWFORD is the author of A Floating Life: A Novel as well as The Secret Life of Money and a dozen other nonfiction books. His lectures have brought mythology alive at venues such as the New York Open Center, Wainwright House, and the Analytical Psychology Club of New York. The recipient of a National Endowment for the Arts award, Crawford is the founder and publisher of Allworth Press. He lives in New York City.

Brought to you by Skyhorse Publishing