The Best Crime Stories Ever Told

When acclaimed mystery writer Dorothy L. Sayers first began compiling anthologies of the best crime stories in the 1920s and ’30s, the genre was in the flush of its first golden age. While it is hard to imagine today—after every possible mystery plot has been told, retold, subverted, and played straight again by hundreds of writers over nearly a century—in Sayers’s day there were still twists that had never been seen, and machinations of crime that would shock even jaded Jazz Age readers.

Now today’s fans of mystery and crime can experience a handpicked collection of over thirty of the most outstanding stories from this era, originally chosen by Sayers and newly introduced by Otto Penzler, a leading expert and connoisseur in the field of mystery literature. As a prolific writer of the genre, Sayers understood the difficulty of putting together a mystery that was not only sufficiently challenging (so that the solution was not immediately obvious to the reader), but also solvable without forcing the writer to cheat. That balance between opacity and solvability remains the greatest challenge of writing great crime stories—and these are some of the greatest.

Authors appearing in this collection include:

This is a treasure trove for real fans! 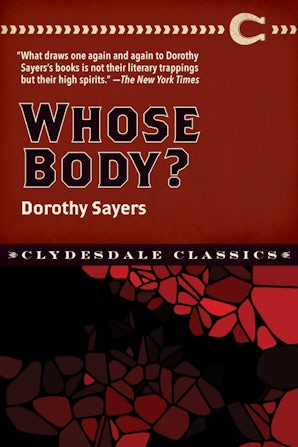